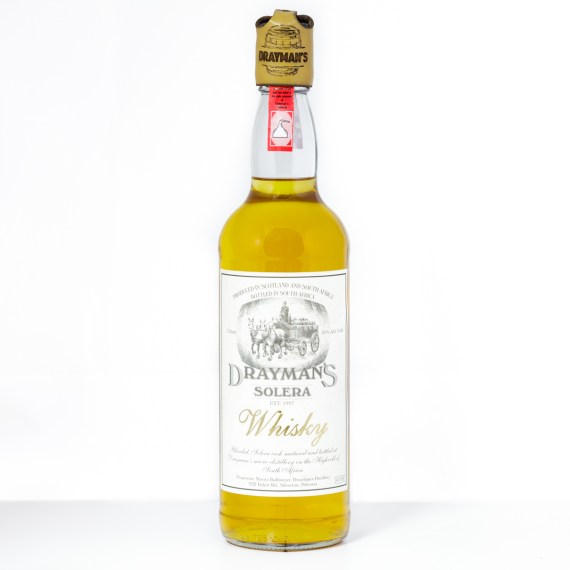 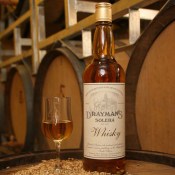 Drayman’s Solera Whisky is currently the only Solera Whisky in the world practising the traditional Spanish Solera Process. This benevolent form of alchemy involves taking an already mature whisky and adding wonderful complexity and richness of texture, with silky smoothness and enjoyment in every sip!

Centuries ago, casks of sherry were lashed onto ships sailing from the East Indies, as ballast. It was found that the Sherry in those butts developed an extraordinary smoothness and complexity. A progression on this rough maturation method, to achieve the same result, was most probably the origin of the Spanish Solera process. Sherry is still predominantly the product produced in the Solera process. An excellent example is the 1927 Pedro Ximenez Solera Sherry, from a Solera begun nearly 80 years ago! It is described as an “elixir of almost ethereal proportions”. Beer, Spanish brandy, Balsamic vinegar, Rum and now Whisky have also discovered the unique maturation benefits of the Spanish Solera aging method.

Drayman’s Solera Whisky is currently the only Solera Whisky in the world practising the traditional Spanish Solera Process. This benevolent form of alchemy involves taking an already mature whisky and adding wonderful complexity and richness of texture. At Drayman’s a SOLERA literally is the set of 10 French Oak Casks, each of 225 litre capacity used in the aging process. Drayman’s Solera was born in 2006 when the first 5 casks were filled. Over a period of 3 to 4 years another 5 casks were filled in succession at 6 monthly intervals with new mature Scotch and South African whiskies. The first Drayman’s Solera Whisky was bottled in 2009 when part of the contents of the mother cask was tapped. The mother cask was then filled with the next oldest cask and that one from the second oldest cask, down to the youngest cask, which was then refilled with new whisky. This process is repeated at the end of each six monthly aging interval.

No cask is ever drained, so some of the earlier whisky always remains in each cask. With each filling the transferred whisky mixes and matures with the older whisky in the next cask. Although this remnant diminishes to a tiny level there is always significant traces of whisky much older than the average, depending on the transfer fraction. In Drayman’s Solera, traces of the very first whisky placed in the solera will still be present even after 50 or 100 cycles!

The amount of whisky tied up in the solera is usually many times larger than available in limited bottling’s. Several soleras running in parallel is thus eventually foreseen to cope with the demand. For a Craft Distiller like Drayman’s the solera is probably the largest capital investment, and a valuable asset that will be passed down to descendants. Managing a solera is very labour intensive by nature, requiring care and skill in transfering whisky from cask to cask, but the effort is rewarded in the end with silky smoothness and enjoyment in every sip!

The word “sherry” is an anglicization of Jerez. In earlier times sherry was known assack, from the Spanish saca, meaning “a removal from the solera“.